The Mayor of London, Sadiq Khan, recently claimed that London is ‘the most diverse and fantastic city in the world” citing the fact that there are over 300 languages spoken; considerably more than any other city. Many other cities also compete to be ‘the most diverse city’ such as Toronto which has 51% of the population that are foreign born.

Yet is it perhaps more insightful to find out more about the most integrated and inclusive neighbourhoods within those diverse global cities instead? One such community, based on research conducted by University College London in 2014, reveals that Turnpike Lane is the most linguistically-diverse station in London, with 16 languages spoken by more than one per cent of the population. 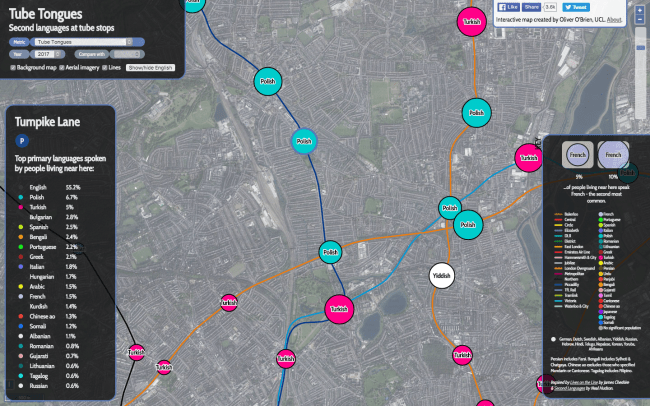 I found this research fascinating given that I live nearby, in an area of London known as the Harringay* that has Turnpike Lane on the north end. The area has historically seen waves of immigrants arriving from Ireland as well as Greek Cypriots in the 1950’s and 1960’s, to the Kurdish and the Turkish arriving in the 1970’s and 1980’s, to many Eastern Europeans arriving since the millennium.

The area has not been short of tensions and challenges over the years but over time has become an incredibly vibrant, safe and exciting place to live and work. So it would appear that I live in one of the most diverse and integrated places on the planet. Indeed I do feel very lucky to hear so many different languages spoken, to experience multiple cultures and traditions, and to taste numerous delicious types of food on a regular basis. The question that intrigues me now more than ever, is how this neighbourhood and community functions so well.

As a parent I am excited by the fact that our three children go to a primary school with other children from all over the world. The majority of pupils who do not speak English as their first language, and fewer than a quarter identify as White British. All of the children are actively encouraged to listen and learn from each other, and to respect each others differences and similarities. And whilst the school has few resources, I genuinely believe it is the best education they could have in a world where we all need to learn to get along with people who are different than ourselves.

Living in my London and Social Media bubble, I have been conflicted by the rise of anti-immigrant sentiment, which has become more apparent since the referendum decision to leave the European Union (that I have written about previously here and here). With the triggering of Article 50 tomorrow we are now long since past the point of no return. And whilst I did not vote to leave, I would now prefer to look forward with hope, but with our eyes wide open, whilst also exploring and acknowledging our fears of the unknown.

So as we take a historic decision to leave the European Union, I think it’s crucial to recognise the importance of the role that immigrants have played in creating new companies and new jobs all over the world, as per the chart below from the 2017 Global Start Up Ecosystem Report. 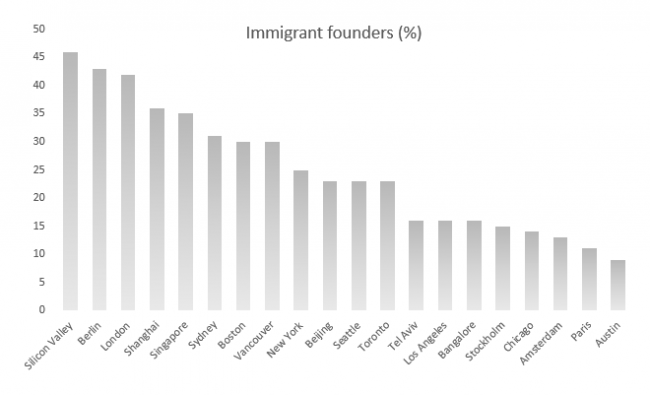 In fact it would appear that pretty much all of the biggest companies in the world have been founded by immigrants or their children. And there are well-evidenced economic arguments that having open borders would make the whole world twice as rich!

But if we are going to unlock the value of openness we must work a lot harder to enable everybody to participate and benefit. So I believe we now need to build a more inclusive model of globalization. One where anybody from anywhere can contribute and benefit from their efforts, whether it’s through starting a company or through other means. And one where everybody is held to account for their actions by everybody else.

“Immigration is the most powerful driver of global prosperity.”

If we’ve learned nothing else through the work that we do at 100%Open, it’s that good ideas, good people, good opportunities can literally come from anywhere, and usually from where you least expect. This has always been the case however it’s historically been too difficult to find and engage with these ideas, people and opportunities.

However because of the exponential explosion of connectivity that we have all witnessed over the past 25 years and shows no signs of slowing down at all (in fact quite the reverse) it is increasingly possible and necessary to be open, and to think globally but act locally, in order to be and remain competitive and thrive in a connected world.

So if any Brexit negotiators would like to come to Harringay, I’d be delighted to take them on a little tour of our diverse and unassuming neighbourhood. Who knows perhaps there is something we could learn and apply upon which we can build a more inclusive and globalized economy and society together.

* Harringay is a residential neighbourhood and not to be confused with the the very similar sounding London Borough of Haringey. Find out the difference from the excellent local online community Harringay Online here.