This week we were delighted to welcome Global Crowdsourcing Week to London for the first time. There were lots of interesting talks from the likes of Robin Chase talking about Peer Inc and Peter Bryant talking about Crowdsourcing a new Constitution for the UK, as well as talks and contributions many of 100%Open partners including Crowdicity, Chaordix, UsCreates, Better Ventures, OI Engine, and Catalyx. 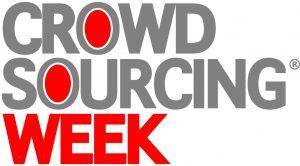 On Thursday, I presented together with one of our client partners Sarah Bowker from the NHS about a project called HealthWorks delivered in partnership with the design agency UsCreates. Roland and Sarah described themselves as the Fred Astaire and Ginger Rogers* of Crowdsourcing, which I think you’ll find from the pictures below that the resemblance is almost uncanny. 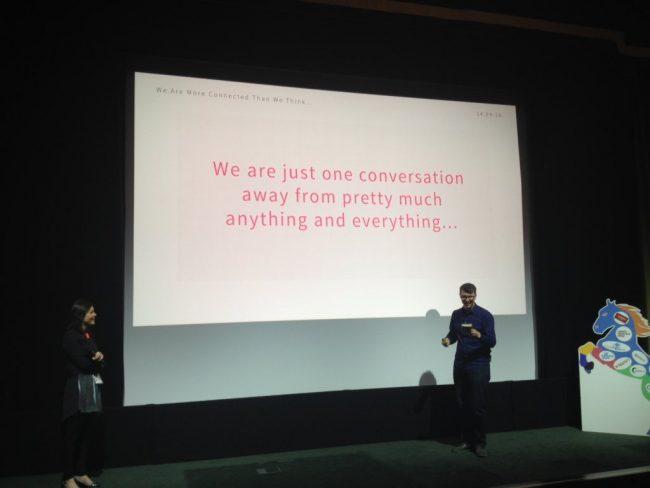 The talk was called 5 Ways to Unlock Your Open Innovation Ecosystem and was based on the content of this recent blog post, and you can find the slides below. During the talk we were delighted to prove how connected we are by being about to get to Bono in just 2 degrees of separation!

And finally, 100%Open enjoyed hosting a drinks reception at Somerset House on Wednesday evening bringing together our Union Network with Crowdsourcing Week delegates which was packed and also lots of fun.

It was great to have Crowdsourcing Week in London this year and thanks to Epi and the team for organising and hosting such an interesting crowd.

*Apparently Ginger Rogers could do everything that Fred Astaire could, except in heals and backwards which sounds about right.