They say it takes 10,000 hours to master a new skill, which roughly equates to about 10 years. I think it takes just as long to build a really good network, and master the art of unconscious coupling (to deliberately mis-quote Gwynth Paltrow).

Networking is index linked to productivity, so says Julia Hobsbawn, founder of Editorial Intelligence, and who is presenting a Radio 4 documentary series called Networking Nation which started today. I recently had an opportunity to talk about networks with here at an event as part of the excellent Year Here programme, and I was intruiged to hear her say that the world has become lateral and would crush us if we didn’t build better networks. 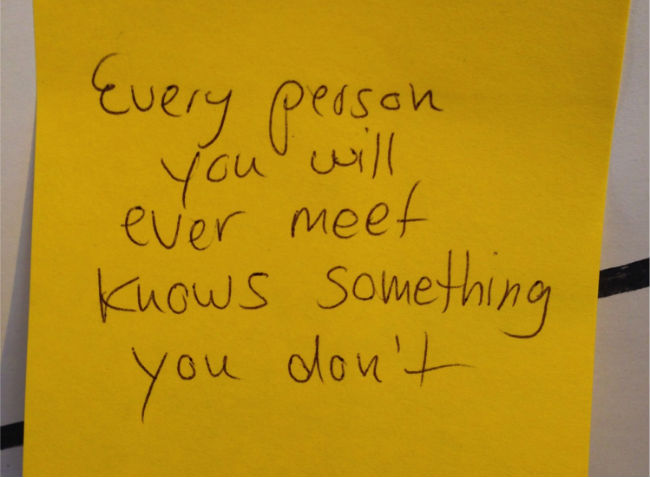 We generally undervalue the relationships we already have, in large part because they are invisible. With a group of just 23 people, the chances that 2 people share the same birthday is more likely than it is unlikely (see Birthday Paradox). And more importantly than just birthdays, the interests and contacts that we have in common with other people within our network are too often unknown and far more common that we expect. Yet as an insightful (yet anonymous) person wrote at the ESOF conference I attended a few months ago “every person you will ever meet knows something you don’t.”

The art of an effective network requires hard work and most opportunities arise out of some kind of luck. Here are a few lessons learned about how to engineer a little more serendipity through building a strong and effective network:

It took me years, or up to 10,000 hours, to realise how important and powerful your network can be. Now it’s my primary professional asset as an individual, our primary asset as a company (100%Open), and arguably our primary asset as a country in the UK according to Julia Hobsbawn. I am frequently amazed how chance encounters and connections happen all the time, if we know how and where to look.

And not only is it possible to connect to pretty much anybody and anything, anywhere and at anytime, it is increasingly necessary in a globalised world. So as Valdis Krebs says, let’s “connect on our similarities, and benefit from our differences”.