The Currency of Collaboration

With a packed house for the evening we recently hosted our London Union Network Event at The Escalator, Barclays’ brilliant new innovation space and home to a vibrant community of start-ups, corporates, innovators, and investors.

Union’s format is 5 minutes and 5 slides, ending with an innovation ask, need or opportunity, and the quick fire nature allows for a fantastic range of views within an hour. One of the things we tell people about Union is that when you’re there, you’re one conversation away from pretty much anything and everything. This Union was no exception and was described by one guest as the ‘perfect innovative cocktail of curiosity and eclecticism’, which we rather like of course! 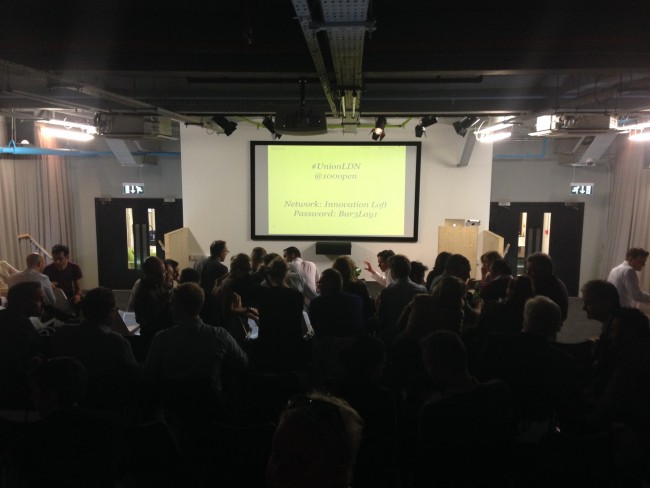 The theme of this Union was The Currency of Collaboration and our speakers explored how companies large and small are creating new ways to exchange meaningful value in financial services and beyond.  Here’s a pit stop tour through some highlights from the evening:

Good collaboration always requires a mutual exchange of value, which could be money or something else entirely and all of our contributors at Union were a brilliant example. When these collaboration ‘currencies’ help cement the reciprocal relationships and community in which the exchange happens, then they become more powerful, more effective, and more useful. It’s certainly an exciting time for innovation in money, financial services and beyond, and we look forward to exploring this field more deeply over the months and years to come.