Why not here? Why not now?

Why not here? Why not now? These two simple questions formed the theme for last Friday’s TEDxGlasgow at the amazing Tramway theatre which attracted 600 people and featured a series of diverse and engaging talks from the likes of Mark Beaumont, Judy Murray (below) and Amos Miller who turned down the lights and challenged us to light up the world through sound. And even the sun was shining brightly all day as if to reinforce the theme! 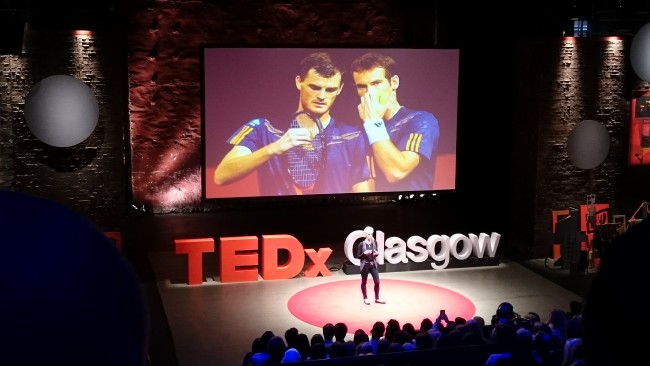 A small team from 100%Open (below – Murray, David & Roland) were very pleased to support the event as the official TEDxLabs partner and our role was to design the Labs experience and process (see previous post about that here which shows and overview of the process we developed) and on the day to facilitate three of the Labs with a variety of themes and partners. 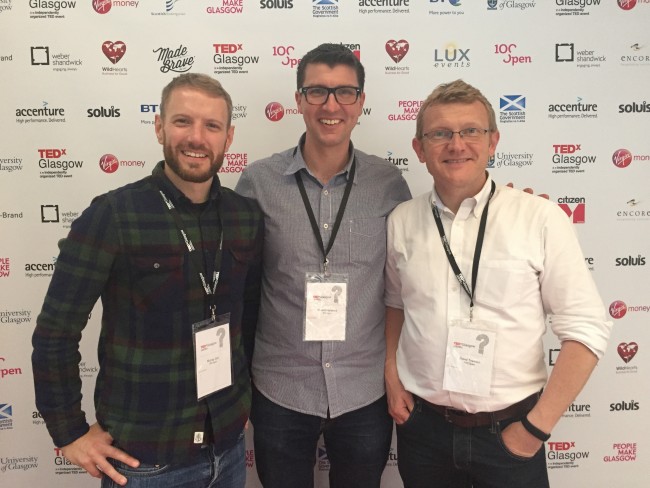 Building on a great talk by Amos Miller from Microsoft, who talked about ‘innovating from the edge’ and to build more inclusive cities for everybody focussing on on the needs of visually impaired people embarking upon apparently every day experiences such as going shopping and getting on bus. The so called Cities Unlocked Lab was further powered by Guide Dogs giving participants and experience of blindness by taking them on a guided walk at the beginning to empathise fully with the task.

This lab, with Dr Paul Rea from Glasgow University, explored how media, digital and manufacturing industries can support new medical advance. In particular the focus was upon new techniques to image the human body for the benefit of education and simulation and even explored the technical and ethical issues around what body parts we could and should 3D print! And to bring the topic to life we even prototyped some ideas using gingerbread men!

Working with the team from Open Glasgow we asked Lab participants what two data sets (from the 400+ that they have pulled together as part of their Future Cities work) would you combine and what value would it create. Topics ranged from mashing up footfall and traffic count data which could help a new business figure out where to locate and advertise, through to combining employment data sets with school leaver data to help tackle unemployment challenges. 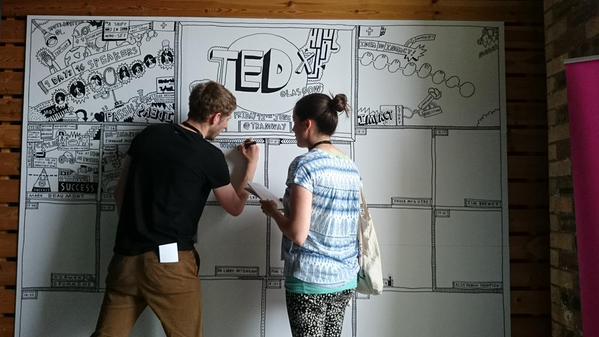 Why not here and now indeed…

In summary, the labs were effectively micro workshops and it’s hoped will lead to some of the themes being tackled in more depth as part of follow up activity. As Colin Birchenall, who leads the Open Glasgow work said, in this tweet, in what was essentially a forty five minute hackathon, we created some great #ideasworthdoing.

And TEDxGlasgow was an inspiring call to action for everybody who made the time to participate in person and the thousands following the commentary on social media as well. And echoing the theme and the intense burst of creativity in the Labs, we had a powerful reminder of the wise words of Margaret Mead when she said “Never doubt that a small group of thoughtful, committed citizens can change the world; indeed, it’s the only thing that ever has.”