The Great and the Good

Why do we need countries any more? As much as I like a bit of political drama (especially Borgen) power appears to be quickly ebbing away from our national governments. This presents us with both a huge challenge and opportunity for others to fill the vacuum. I believe it’s time for businesses and cities to now do what governments can’t [ref].

Of the worlds biggest 150 economic entities, an astonishing 60% are now companies, not countries. Walmart, for example, has a respective GDP greater than 174 other countries, and if its employees were citizens, it would be the 22nd largest country in the world [ref].

And as complex engines of serendipity, cities accelerate learning and therefore also wealth, in a way that that other forms of organization don’t. As you triple the size of a company workforce, profit per worker is on average cut in half. Conversely when you double the size of an urban population the productivity goes up instead [ref]? 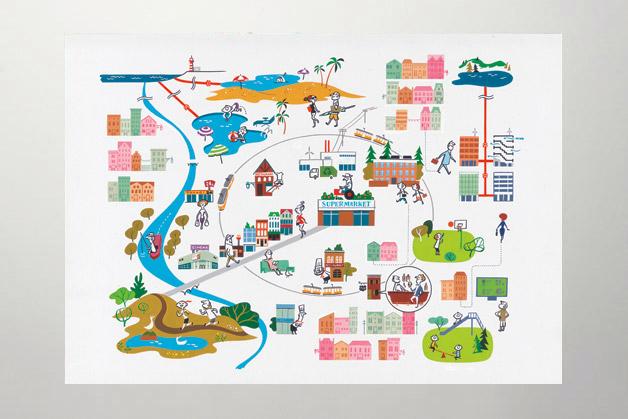 The exception to this shift away from national governments right now is of course China. Yet I think this is in part thanks to strong cities cropping up there at a phenomenal rate. And so I stand by the assertion that cities, not countries with their outmoded governments, are becoming the unit of action in a globalised world.

They say you should judge a society by how it treats it’s most vulnerable. And national governments have traditionally provided the safety net through the welfare state or other means.However with little money left the safety net is vanishing. So as companies or a cities have become the engines of economic growth I think they also need to be judged on, above all, by what good they do – on what they give back, rather than what they get.

And yet capitalism and philanthropy remain odd bedfellows. The greatest philanthropists, including the deeply impressive Bill and Melinda Gates, still hark of a pre-networked world. I don’t think philanthropy is no longer about making money and then, when you have more than you know what to do with it, give back to society.

The karmic feedback loop is a lot tighter than it used to be. I think we need to embed doing good at every step, not just at the end. This is because it is no longer possible to run away from your reputation.

We often say that open innovation only makes sense if it’s very local or totally global. And whilst there is such an awfully long way yet to go but I hold out hope that we can build Good Cities and Good Companies – by which I mean both profitable and equitable. After all, in the words of Anne Frank “Nobody ever became poor by giving.”