Self-interest is so hardwired into our economy that it’s easy to portray altruism as fluffy and irrelevant. Yet on the contrary, altruism is the smartest strategy of any group – a company or country – looking to innovate.

In a recent interview with David Sloan Wilson, the American evolutionary biologist and author of Does Altruism Exist? confidently makes the case that altruistic groups beat selfish groups over time.

He shows that when altruism becomes hard wired genetically in a community it is so phenomenally successful. For instance social insects such as ants and bees that exhibit extraordinary altruism, and are so successful that they form half of the biomass of all insects. Could a social, crowd-powered businesses become as successful over time as well? 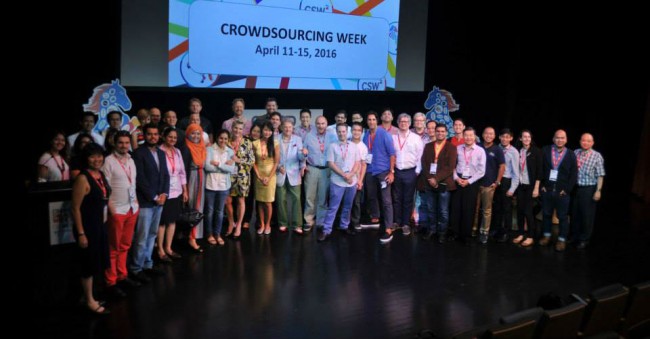 At the wonderfully eclectic and international Crowdsourcing Week in Singapore a few weeks ago there were many inspiring speakers doing amazing and altruistic work from all around the world – from Maria Ressa at Rappler, to Reinaldo Pamponet at it’s noon, to Shelley Kuipers at Better Ventures – who were advocating in different ways the scaling of altruism as the way to solve many of our most pressing global challenges.

And with bigger companies like Tesla Energy wanting to convert the planet to battery powered renewable energy sources, and Interface looking to be a carbon positive company by 2020, and the likes of Patagonia looking to reinvent the employee powered business, this vision and ambition is starting to feel like it could be a movement that inspire others through a higher degree of sharing and collaboration.

And with an election looming in the UK, where we are based, in just a few days time, most of the competing political parties are exploring, albeit in very different ways, a strong sense of community and what the country stands to offer and gain from greater global and national interdependence. Ultimately can we bring about a better way of collectively organising ourselves politically and economically and create a more altruistic society and economy? 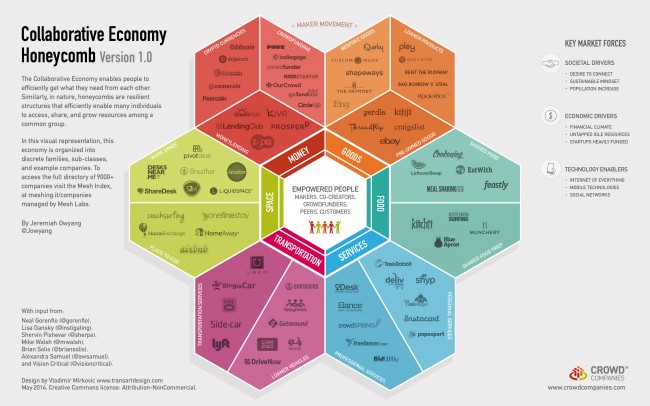 For students of game theory will be very familiar with the prisoners dilemma, where two people are arrest for a crime and independently given incentives to confess or keep quiet. To cut a long story short the best strategy that economists claim to win this type of game if it is played repeatedly is “tit for tat”. In other words punish your partners if they punish you.

“Only once we have avoided the temptation to rip somebody else off, does true collaboration really begin.” Chris Coleridge, UCL

Through our work on open innovation over the past 9 years we’ve learned that the value of sharing first is about foregoing some short term benefit for some long term gain. By having a reputation for being a good collaborator, then people will come to you first with new ideas and opportunities.

That reputation has a tangible benefit as people collaborate with others they like, trust and respect. Put simply if you pursue a fundamentally selfish strategy you can only win once. Whereas if you pursue an altruistic strategy, you can win again and again and again. What type of economy and society would you prefer to be part of?