The 8 great talks from 8 years of Union

The Union Network is almost 8 years old. Over that time, we’ve hosted over 30 events, 250+ amazing speakers, and attracted over 3000+ attendees.

Here are 8 of the best speakers and ideas presented from the last 8 years of the Union Network which are all making a dent in the universe.

Cesar told us about an amazing idea to use a novel and open source boat design to clean up oil spills. It was such a brilliant idea. 3 months later he gave a very similar talk at TED which has had over 800,000 views (see below). He continues to strive to clean up the worlds oceans today with Scoutbots.

For sheer dramatic impact this talk really stands out. Patrick presented a live demo of the brilliantly designed and executed Chirp app which uses sound to transfer data and has been used in a diverse a setting as London Fashion Week and The Royal Albert Hall. It drew gasps and applause and has huge potential in other applications too. Check it out at: chirp.io for more details. 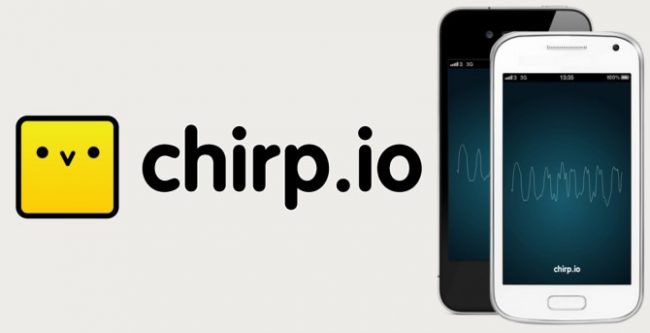 Anna gave a simple but incredible talk about creativity and staying true to yourself playing several of her compositions within her 5-minute slot. Since then she has gone on to do many great things (find out more here) including my own personal favourite so far being this composition below called Connect It (from 1:35 onwards).

Even 4 years ago it was quite a coup for us to get the founder and CEO of the Unicorn £1bn payments company Transferwise. Since then Transferwise have since gone on to take on traditional financial services with clever peer to peer technology that avoids big international fees, and attracting investment from the likes of Richard Branson along the way. How does it work? Find out more in the video below.

We’ve known the self-styled gorilla geographer since he won the first ever GeoVation challenge in 2011, and since then he has gone on to found the amazing campaign to make London the world’s first national city park. His raucous passion at Union was completely infectious and we are delighted to hear recently that this dream could become a reality as soon as next year. Find out more here.

Another amazing idea showcased at this Union event was multi-award winning What3Words, the deceptively simple idea which creates 57 trillion 3x3m squares across the world and gives 3 unique words to each square. This provides an ability to map anywhere in the world has been adopted all over the world including by Mongolia and BMW. The idea had humble beginnings in trying to get resources to the right location in remote and poorly mapped location for music festivals. Find out more about w3w below.

I brought 2 of my kids along to this Union (see picture below) and I’m glad I did because self styled ‘mediocre quantum astrochemist’ Clara blew our minds to think about doing real space exploration research with school kids. The small and low-cost mission that will use spectroscopy to decode the light from hundreds of extrasolar planets and will be launched in the next 4 years. In a renewed era of space exploration by the likes of SpaceX, stay tuned for what the next generation can achieve here. 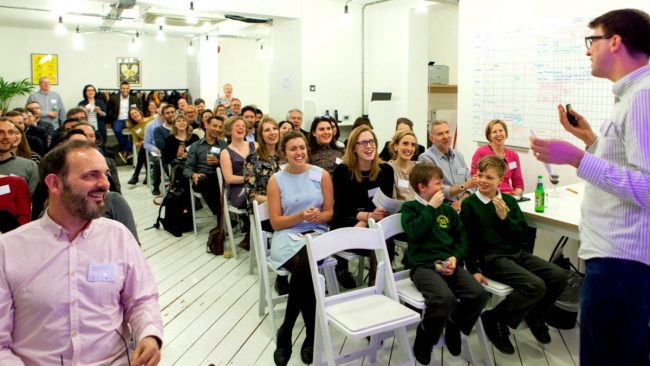 In a fascinating evening exploring superhumanity, we looked at the rise of artificial intelligence and machine learning and what this means for human creativity and productivity. Long time Union member and partner, Abba told a fantastic and engaging story of how online/chatbot mortgage broker Habito used machines and humans in harmony to make a new pioneering TV ad. Check out the ad here:

We feel so proud to have had all of these great people, great talks and great ideas featured at our Union Network events over the years and just wanted to share a few of our favourites to remind ourselves but also hopefully whet your appetite as well.

The format is deceptively simple. 8 x 5 minute talks from a range of large and small organisations around a theme, each finishing with an ask – which could be a question, a challenge, a problem, or an opportunity to share with the audience. We don’t do Q&A (because it’s almost always boring!) but the audience are actively encouraged to follow up with the speakers immediately afterwards.  It’s fun and informal and remarkably effective.

The next Union Network event is on March 22nd 2018 around the theme of Innovation in a Continuous Crisis. If you are interested to be part of the network, then take a look and register your interest at www.100open.com/union.