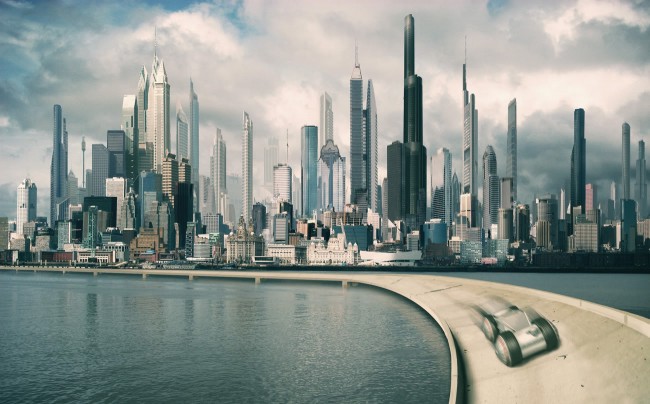 So does that mean the era of big business is over and startups or scaleups are the future? After all, small business now represent 60% of all employment in the UK and a similar majority in many other countries.

I don’t think it necessarily does. It’s long been the case that anybody with a webpage has the potential to be a global company, but number of employees is increasingly irrelevant, or at least considerably less importance than economic elasticity.

Big can be beautiful

The OECD recently published a report stating that when the size of a city doubles, the productivity per resident increases by 15 percent. But when companies get bigger, innovation or productivity per employee generally goes down.

Part of the reason given for this fact is due to the fact that too much structure and process in companies actually creates inefficiency because it eradicates the opportunity for random learning that occurs by chance in cities when you overhear a conversation on the train, or you bump into an old friend on the corner of the street.

Cities have become learning machines in a way that most companies are not. Companies store information too rigidly in hierarchies so that you have to understand the structure, and of course the underlying politics, to find the information you want and need.

When it comes to companies, the bigger you get, it is more often the case that the slower and less efficient you become. Conversely, in many cases the smaller you are the more agile and responsive you can be. A small company can change it’s approach completely overnight with a so called ‘pivot’. Conversely a large company usually has high viscosity and can resist the change indefinitely as many mergers and acquisitions have shown over the years.

Professor Richard Foster of Yale University showed recently that the average lifespan of a company in the S&P 500 index has decreased from 61 years in 1958 to just 18 years today. At that rate, more than three-quarters of the S&P 500 will be companies that will grow exponentially in the next decade to be the biggest companies in the world from (virtually) nothing. 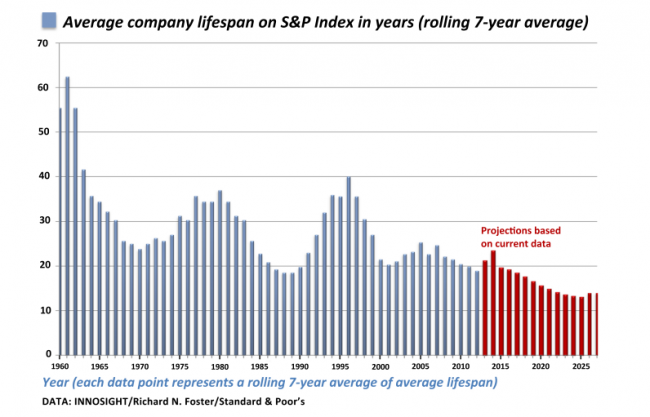 Here the parallel with cities is more extreme. Imagine a city where 75% of the biggest buildings shoot out of the ground at the same rate get built and smaller, older buildings disappear or are dwarfed by their larger neighbours in such a small space of time. Architecturally only places like Dubai in the last decade come even close to this reality, but this is what is happening economically all around us right now.

The fast eat the slow

So no matter how big your organisation is, you never know who will be your partner one minute or your competitor the next. But you only really have two choices. To embrace the ecosystem with open arms, or to pretend it doesn’t matter. Big companies and small companies need each other more than ever.

We are often asked how big we are as a company and the response is either surprise (that we aren’t bigger) or disappointment that we are so small. But I like to think we can and have scaled up to be a truly global operation when we need to, and scale back to create an intimate environment when we need to. In other words we expand or contract to fill the space available.

I think the same is true of economies which scale and adapt to the market and societal forces around them, at a much greater rate than ever before. The only thing usually standing in the way is a lack of imagination, courage and ambition.