Can designers trust consumers to know what they want?

A recent article on the Fast Company website represents an interesting anti-argument for open innovation. The thrust of it is encapsulated by the oft-quoted “If I asked my customers what they wanted, they would have said a faster horse.” from Henry Ford. It’s interesting that 21st century designers use an early 20th century industrialist as their spokesperson but the article uses Apple and Ikea as examples of the ‘we-design-it-you-consume-it’ school of thought. We agree there is a need for brands to lead. However in the 21st century what the web has given us is constant dialogue and interplay with consumers/users/partners. Apple and Ikea both listen to and engage with their users in lots of different ways. And what is the appstore if not a hugely fertile collaborative innovation platform? 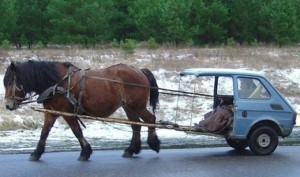 There is much sense in this article. But it is about user-led innovation which is basically just good research. This debate has moved on now to co-creation which is a different kettle of fish. The Apple appstore is co-created value not user-led design. There is no traditional insight gathering phase, just people making new products for themselves as well as others, which as we know, works!

Our view on this debate is that the the nature of design is changing. Now that people have access to technologies to create markets and to sell, the role of a designer will become like a curator of ideas, choosing, editing and developing the very best that crowdsourcing has to offer.