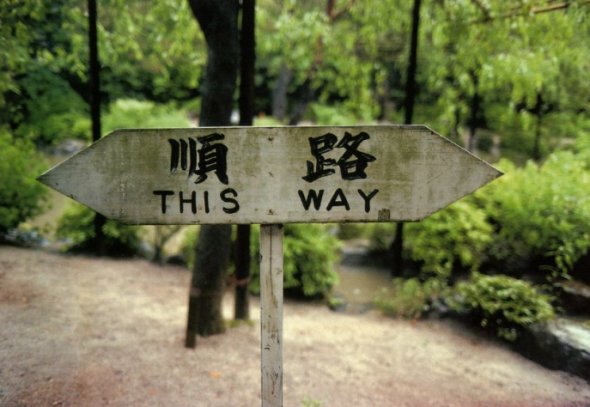 Have you ever been asked for directions by a stranger, only to find the person head off in completely opposite direction once you’ve finished talking? I’m pleased to say this has only happened to me once or maybe twice and I can only conclude that a) I didn’t communicate the directions clearly enough or b) they changed their mind/decided to go somewhere else/didn’t believe me etc. If it’s the former then it’s clearly my fault but if it’s the latter, then why ask me in the first place, if you aren’t going to act on the answer you are given?

And yet many big brands and organisations behave in exactly the same way. They talk a good game on collaboration and open innovation and pretend to be interested in what their consumers or suppliers have to say, but their behaviour shows that they aren’t really listening and they head off in the opposite direction.

However, whilst this might be mildly annoying behaviour of a stranger in the street, it is dangerously shortsighted by larger organisations who’s reputation is increasingly their key currency.

As Stefan Lindegaard says in his recent book, The Open Innovation Revolution, you only get 1.5 changes to get it right. In other words, people will participate in your open innovation initiative the first time because its new and different, but if you mess that up you have to work twice as hard the second time. And if you mess that up there won’t be a third time.

Anyway, I have really started to notice a backlash against open innovation and crowdsourcing in exactly those early adopter communities where many of these behaviours first started, namely in tech development communities and also in product and service design communities. And for good reason too, namely people can’t work for free.

Of course innovators are driven by many different things – mastery, autonomy and purpose – as Dan Pink summarises it in his latest (excellent) book called Drive, however open innovation can’t be about getting something for nothing, and I think a lot of innovators/consumers are catching on to this fast. In nearly all of our projects we work hard to recompense people for their contributions – not simply for ‘just’ their ideas, as these are plentiful, but for the 99% of perspiration that is required to turn an idea into a product or a service.

So beware the backlash. I can see it happening already and it will only increase if the old organisational model of ‘we know best’ isn’t replaced by ‘who knows best?’ and the behaviour and the strategy aren’t aligned behind it.