It’s been a rollercoaster of a summer in Great Britain.

The success of the Great British Olympic team in Rio for instance sums up much of what is fantastic about this country, namely team spirit, hard graft and diversity. And yet the outcome of the Brexit vote surfaced many of the darker sides of the British psyche and culture, namely intolerance, arrogance and introspection. 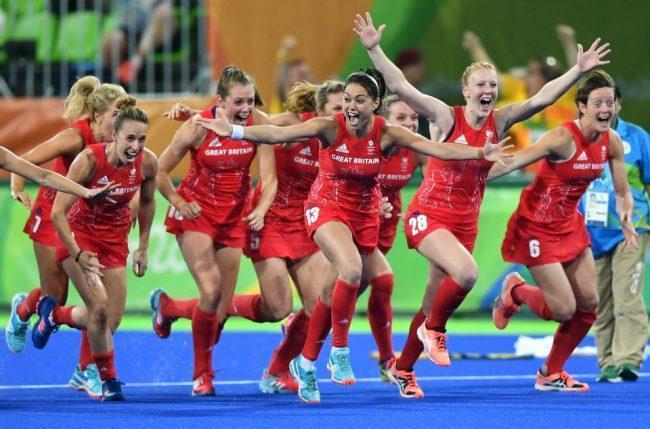 Britain has once again been voted as one of the top 3 innovative countries in the world in this years Global Innovation Index 2016 and I think the Olympics result and the Brexit decision provide fascinating food for thought as to why this is such an innovation hub.

Taking a step back, some of the well documented reasons for the recent olympic success can be attributed to a range of factors including:

The first two of the above three points are described in detail in this excellent blog post by Owen Barder, who is talking about what the international development community can learn from Team GB’s success, and I think both of these apply equally well to innovation as well.

The third principal comes from, amongst other sources, Richard Florida and his long standing work on the value of diverse communities, which he calls the Creative Class, and their impact on innovation of a particular place, as well as sporting prowess.

When it comes to Brexit, as I have commented previously (here), I was depressed and disappointed by the outcome and voted to stay in the EU. However I was particularly struck by a conversation I had recently with somebody from mainland Europe who has lived here for over a decade and is now also particularly disillusioned by the outcome, not least triggered by racist abuse directed towards him since the vote which is of course totally unacceptable.

However in talking about the stupidity of the Brits for not seeing the value of being part of the EU, he also said to me “it’s not my fight to fight” despite having enjoyed living in London for a decade or more, and categorically stating that he has enjoyed opportunities here that he simply wouldn’t have back home. This saddens me as I guess I believe you can’t take the good bits of a society without being prepared to fight against the bad bits as well.

As a second generation immigrant to this country, I’ve always felt like something of an outsider in Britain, despite having lived here for most of my life. And the degree to which I identify as British has fluctuated more wildly in 2016 that in any year that I can recall. However despite not being all that British, I would like everybody who is here, whether by birth or otherwise to contribute and fight to create the country and society we are part of.

Larry Elliot made the case in the Guardian this weekend (here) the predictions of the remain camp, sometimes referred to as ‘Project Fear’ simply hasn’t happened yet. Maybe it still will but as he saysm perhaps the EU is a failed project, so perhaps it is better out than in, despite it being a leap into the unknown. In other words was it the right result for the wrong reasons?

I don’t subscribe to glorifying failure which is often talked about in innovation circles. However one of the Team GB 4x400m runners who was disqualified talked about success in sport being a result from 99% failure. I think there is something to be said for that when it comes to innovation as well. As Mark Zuckerberg recently said in this insightful interview:

“In a world that is changing so quickly the biggest risk that you can take is taking no risk at all.” Peter Theil

It’s perhaps no surprise on this blog to read that I think the reason why the UK is such a hub for innovation is because it has been, and still is, so open to outside influences.

As this great campaign by the new Mayor of London Sadiq Khan (who incidentally is a Muslim which isn’t really a big deal in London but seems to be considered remarkable elsewhere) shows, my hope and aspiration is that this openness is preserved and promoted.

And whilst this openness it may lead to mistakes and mis-steps as much as 99% of the time, the willingness to try and to learn as you go, means that the 1% of the time when it really comes together as it did in Rio can be truly remarkable and world leading.