These words, written in 1859, resonate today as much as they ever have. Constant flux is an endless struggle. Adjusting to something new can be incredibly stressful and anxiety provoking. There are many who fear that things getting worse, which is amplified by media which reinforces our psychology that naturally overestimates risk and underestimates benefits.

In his recent book, Enlightenment Now, Stephen Pinker makes an impassioned plea for progress, humanity and enlightenment ideals. And it’s hard to argue with the data presented in the book that shows that by virtually every conceivable metric, our life on earth is now better, happier, healthier, safer and wealthier that it has ever been. See below just two examples from the book of rates of extreme poverty and air travel safety over time. 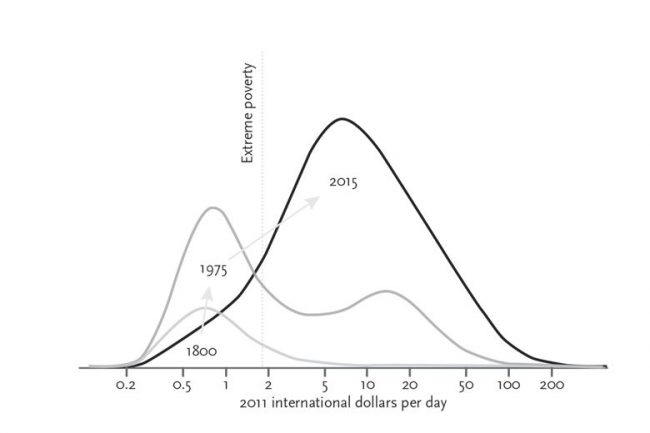 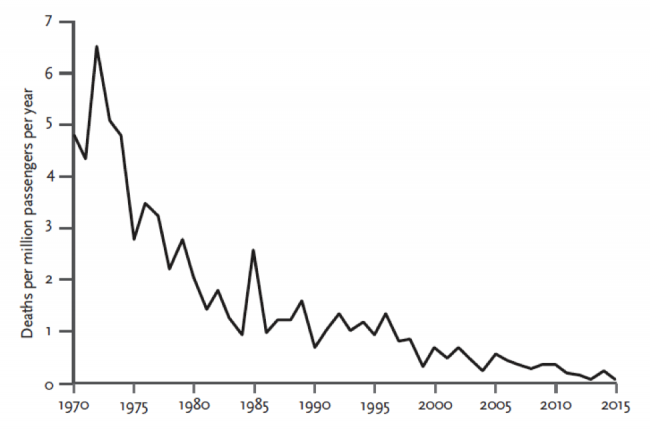 The fact that we live in unprecendently better era than any and all that have gone before, isn’t a cause for complacency. Quite the opposite. There are no shortage of problems that require urgent attention, both large and small. Pinker highlights climate change and nuclear war as two in his book and there are an infinitely many more to choose from.

But when faced by uncertainty we only have two choices, namely to ignore it or embrace it. In other words, uncertainty can spur is into action, or into debilitating inaction. It has been said that the definition of insanity is to keep on doing the same thing and expect a different result. And so, the only sensible way forward for an individual, an organisation, or a society is to accept it and adapt.

“The Only Thing That Is Constant Is Change.” Heraclitus

Innovation is quite simply ‘intentional change’. To proactively change rather than reactively respond to it. It is impossible to innovate without hope that problems can be solved, and that things can be improved. Pragmatic optimism is not fashionable, yet virtually any problem that can be articulated clearly enough can be solved.

Being comfortable with uncertainty is perhaps the most important trait we can develop in ourselves and teach our children. The future is not predetermined and there is no answer in the back of the text book. It’s up to all of us to figure out the answers for ourselves and with others. This is the paradox of progress.