Excessive consumption, information overload, unsustainable growth, and spiralling inequality are complex global challenges that require unprecedented levels of coordination and cooperation. We urgently need to move beyond traditional approaches to innovation that are grounded in traditional “mechanistic” thinking, and constrained by national or organisational boundaries. We believe there are three big shifts necessary to embrace these global innovation imperatives.

Whilst all of these countries have undoubted impressive strengths and innovation achievements, this list fails to recognise hidden innovation in the new age which we would argue ought to include:

By including the above metrics then we would suggest that many more countries such as Canada, Colombia, Denmark, Indonesia, Singapore, and the UK are worthy of mentioning, as are global companies such as Unilever and Interface who are attempting to reengineer the way value is created and shared.

More important than debating (relatively meaningless) innovation league tables is a need to consider a more holistic view of how innovation really happens.

One effective way is to engage the macro and the micro – in particular by bringing together creative start-up companies with the huge global multinational companies that hold so much power and influence to create a better future together.

Shift 2 – Access the best ideas and people anywhere and everywhere

It is a truth universally acknowledged, that any organisation in possession of good resources must be in want of the best ideas, people, and technologies.

Whilst this has always been true, it has never been possible to fulfill. Most companies still primarily draw on ideas, people, and technologies from within their organisation, even though the law of large numbers shows that there are always many more outside than inside.

“There are more smart people outside your company, than within it. It’s the law of numbers. Be adaptive.” Reid Hoffman

Shift 3 – Seeing both the circles and the lines

Western cultures have been shown to tend towards simplicity whereas Eastern cultures tend towards complexity. This contrast can be characterised as seeing the world as either a Circle or as a Line, which date back to the landscape of their origin. 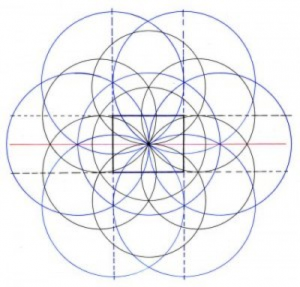 For instance, rice farming in China requires irrigation systems that needed centralised control and so a more complicated and collaborative world of social constraints evolved.

Greece, on the other hand, consisting mostly of mountains, favoured hunting, herding, and fishing which require relatively little cooperation and thus the rise of individualism and competition.

And in the USA, the ratio of Lawyers to Engineers is 40 times higher than in Japan. The explanation given highlights the preference to resolve conflict in Japan to reach compromise (through mediators) whereas in America the preference is to reach justice (through lawyers).

Both of these “western” and “eastern” approaches have limited validity but as our innovation requirements become more global, we need to move beyond thinking of them as competing alternatives, but rather embrace integrative thinking and move beyond seeing merely circle or lines.

Turn on, tune in, and open up

In summary, in this era of global economic obesity we need to embrace a fundamental shift in our collective mindset to tackle the most fundamental innovation challenges together.

“Only those who know the meaning of enough will ever be rich.”

First, it’s important for businesses and governments to measure and incentivise the importance of unseen innovation. Therein lies the solution to many challenges which won’t be recognised if we persist with a mechanistic approach which glorifies the commercial consumption of products, rather than focusing on what really matters.

Second, we must make the most of the power and potential of the global network that the Internet has enabled over the past few decades. No longer is it possible to remain competitive and solve the really big problems on our own. Instead we must embrace and harness the crowd, and go further and deeper than any of us can travel on our own.

Finally, we need to recognise the value of differing, and often-competing perspectives, and start to bring together eastern and western cultures, and create a global innovation culture, through enabling intelligent brokers, creative facilitators, and empathic translators.

If we can all help each other to turn on, tune in, and open up to what it takes to collaborate at scale, then we can begin to harness the opportunity of this current global innovation imperative. After all, as the saying goes, “Only those who know the meaning of enough will ever be rich.”

This article was originally posted at Singapore Business Review here.