As Groucho Marx famously said “I don’t want to belong to any club that will accept me as a member.” Similarly many talented people these days don’t want to work for a company that want to have them as an employee.

By 2020, more than 40%-50% of the US workforce will be so-called on-demand workers. And even the very best companies are losing their most talented employees to entrepreneurial start-ups or freelance work, or are failing to attract them in the first place. And of those employees that remain, up to 70% are not engaged in their work, according to Gallup.

Entrepreneurship isn’t for everybody but is increasingly common. Yet it’s typically a vocation and not a career choice. As Dominic Campbell once said to me, an entrepreneur is “Somebody who would rather work 17 hours a day for themselves rather than 8 hours a day for somebody else.” 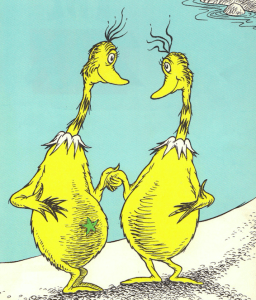 But being an entrepreneur is not for everybody. Rather, there are still many people who value commitment and continuity over autonomy and agency, and that’s a good thing. Employees and entrepreneurs play very different but important roles, and one is not better or worse than the other. As with all things, the balance between the two is the key. So a key question for many companies has become, what is the right ratio of employees to freelancers in order to remain effective?

At 100%Open we’ve always relied heavily on freelancers over the years. We’ve built up a pool of regular Associates with whom we work with on specific projects, sometimes for very short and sharp tasks, and other times for an ongoing engagement.

Initially this way of working was largely due to necessity. However we learned pretty quickly that having a motivated and engaged network of freelancers actually worked in our favour as we learned more (from their varied experiences), we were much more agile, and it was more cost efficient. However the network of freelancers needs feeding and nurturing too. It can’t grow too big otherwise it’s not possible to maintain a meaningful relationship with everybody and the relationship breaks down.

As we scaled, and the scale and complexity of the projects we delivered grew, we realised that relying only on freelancers had downsides too. It became harder to juggle multiple personal and professional priorities and diaries, we lacked a degree of quality control and consistency across our work, and there was a kind of organisational amnesia which came from bringing new people together all of the time.

So to redress the balance we started to grow our core of employees, primarily project managers, business developers, and designers. These three roles are crucial to ensure everything runs smoothly, the pipeline of work is refreshed, and the outputs of our work are consistent and clear. This core has without question helped boost our capacity, our professionalism, and our scale.

However it’s important to understand the different roles the core of employees plays verses the network of entrepreneurs. We learned an interesting lesson about this the hard way recently. Namely we went through a recruitment exercise and following a rigorous recruitment process our preferred candidate turned us down. What we needed and wanted of them simply didn’t fit what they needed and wanted for themselves.

As we seek to take things to the next level it doesn’t seem right to follow the traditional model to grow our employee base and revenue. In doing so we would lose all of the benefits of the associate model described above. Of course we would prefer to have the best of both worlds, but is this possible? Namely to have a solid core of employees but an agile and flexible network of entrepreneurs.

The trick is of course finding the right blend. My sense is the greater the role or creativity and innovation plays in the core function of the organisation, the higher the proportion of freelancers that would be beneficial given the importance of diverse perspectives and agility.

So the optimum entrepreneur to employee ratio we’ve found is around 2 to 1. Yet in every organisation that blend will be different. We’d love to hear any experiences of combining the best of both employees and entrepreneurs and what the ratio is that works well for you?