The Arrogance and the Elegance

As a (recovering) physicist, I find my chosen field of study both exhilarating and obnoxious. It has played a major role in the current economic slump as so many physicists ended up as ‘quants’ in the city, with sometimes impressive and often disastrous consequences [ref]. And yet, physicists play such an important role in so many other aspects of our lives as well from the creation of the internet, nuclear power and space exploration.

With its inbuilt superiority complex, physics appears to give its students (including myself) a remarkable confidence that they can turn their minds to anything. And whilst this can be sometime misplaced or even dangerous, it can also be a rather powerful self-fulfilling prophecy. I can only compare this with the confidence that appears to be instilled in those with expensive and exclusive private educations, but I can’t talk from first hand experience on that front. 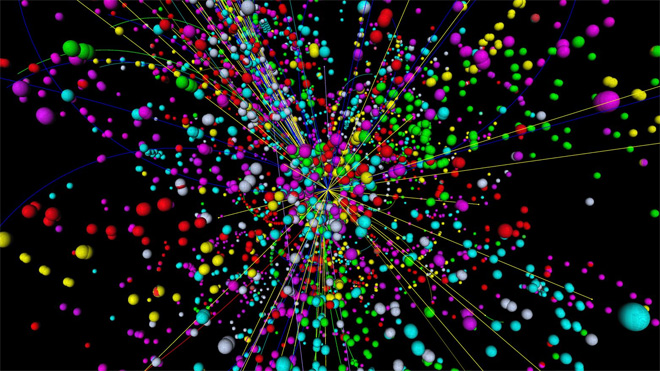 Anyway, for me the joy of a physics education doesn’t come only from the elegance of the thinking, though that can indeed be at times stunningly beautiful. Rather I am increasingly in awe of the human stories interwoven with the science itself. And I’d like to illustrate this with some stories from my own family history.

Long before I went to study physics at university, the subject was somehow hardwired in my family background. Both of my grandfathers died in world war two fighting on opposite sides. With an American father and a German mother I like to think that my parents wanted to make peace for what had happened just a generation before. So to some extent my sister and I are a product of their attempt at global repatriation, of which I’m rather proud.

Having lost her husband at D-Day (the day after to be precise), my american grandmother remarried my step-grandfather who was a physicist and had been a student of the legendary physicist Richard Feyman. Feynman is well known as a brilliant teacher of science, but had also worked on the Manhatten bomb project in the war. He struggled to come to terms, as many of his peers did, with having had a hand in creating the atomic bomb. Much later Feynman helped helped figure out what happened in the Challenger Space Shuttle disaster in the 1980s, as told recently in the excellent BBC drama, The Challenger.

“Science is a way to teach how something gets to be known.” Richard Feynman

My grandmother tells a story of a party in the swinging 50’s (I think) where Feynman played the bongos underneath a chair she was sitting in and by all accounts he was quite a character. My step grandfather went on to have a very successful career working in R&D labs for the likes of Xerox and GE in the heyday of corporate research labs before the stress got too much for him and he hit the bottle, with fairly disastrous consequences for him and his family.

On the other side of the atlantic, my german grandfather had been a pilot and was declared ‘missing in action’ and never found. My german grandmother, with whom I was very close, never remarried and spend most of the rest of her life coming to terms with the trauma of the war. This included the dangerous decision to escape from east germany in 1959 by going on holiday to the west which was still permitted at the time, with all of their worldly possessions in just two suitcases. I still can’t quite fathom the bravery.

Within her extended family, one of my grandmothers cousins had married the daughter of another legendary physicist Werner Heisenberg, he of the famous Uncertainty principal. Like Feynman, Heisenberg also worked on the German’s failed efforts to build an atomic bomb. Some imply, including my great-aunt, that he deliberately slowed down the research progamme as he didn’t believe it and also through loyalty with many of his (jewish) peers who had been forced to emigrate to America and elsewhere. Whilst evidence for this is scant, I like to believe it to be true.

“The reality we can put into words is never reality itself.” Werner Heisenberg

Much later, I was fortunate to study with Peter Higgs, who is now synonymous with the Higgs Boson, aka the God Particle, which was finally discovered (sort of) in Cern last year (see image above). He was a lovely, gentle man, and without question his course on Groups and Symmetries, was the hardest but most intellectually stimulating course I have ever taken.

In the course he derived Heisenberg’s famous uncertainty principal from first principals (without telling us that is what we were doing) which took 10 weeks of hard core mathematics but was deeply satisfying once we got to the end. I also remember that he always wore polar-neck sweaters and you could see his nipples through the thin fabric, which made me and my fellow students chuckle every time but perhaps I shouldn’t really confess to such shallowness.

Anyway, there are so many more stories interwoven with the history of science but these are a snapshot of the ones that are most important to me because I can relate to them directly. I think there is often a danger that we separate the science from the context and somehow present it as an absolute truth rather than what it is, which is a constant dialogue. Science is wonderful because of it’s humanity not in spite of it.

I feel both a lot of pride and a bit of shame in my physics background. It is incredibly handy so often, partly because it forces you to challenge assumptions, be ruthlessly rational, whilst also being comfortable with uncertainty. These days in the work we do at 100%Open, we make the case that a well articulated problem is simply a solution by another name. As the godfather of physics Albert Einstein once (apparently) said

Goodness knows we have plenty of problems to solve in the world right now. Perhaps the much maligned physicists might be able to help, but it would really help if they could learn a little humility.