Standing on the shoulders of giants

The above quote was Neil Armstrong’s advice to Governments who are reluctant to invest in space exploration. It was one of the final comments from an amazing event today at the Royal Society which I was priviledged to attend. Not only did we hear from the first man to walk on the moon, Neil Armstrong, but also the last person to walk on the moon Gene Simmons, together with Jim Lovell, the captain of the fateful and amazing Apollo 13 mission, together with two other great aviators Bob Gill and Steve Richie. Truely a spectacular line up. 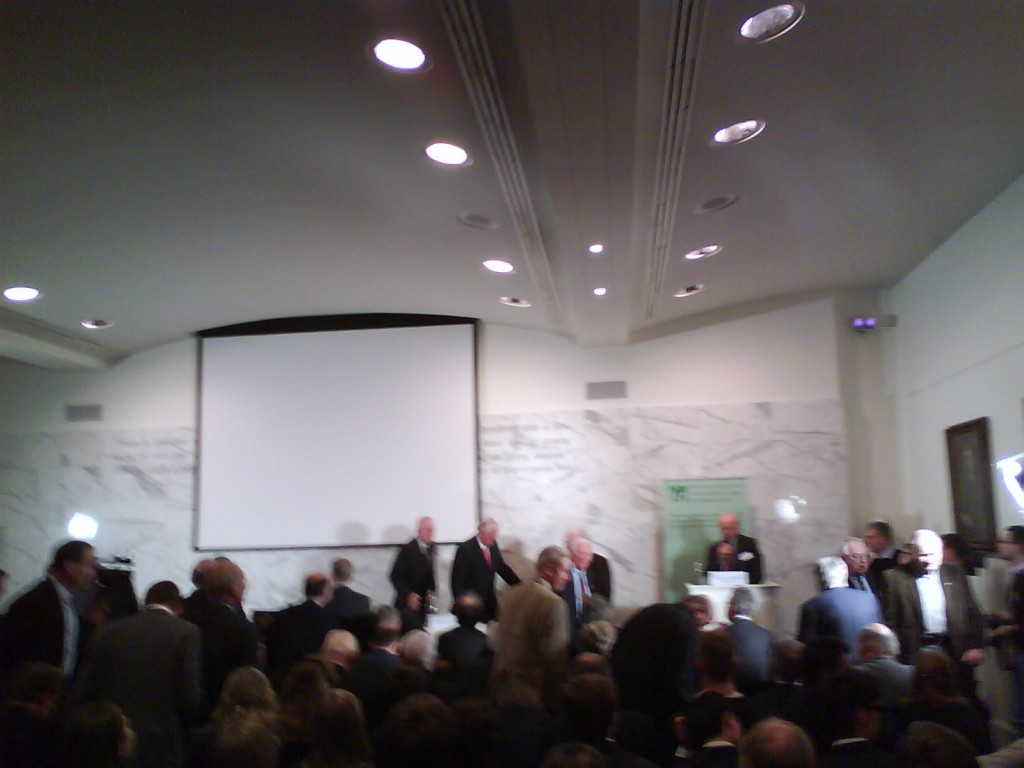 Neil Armstrong, first man on the moon, stepping off the podium

Several of the astronauts talked about drawing inspiration from Isaac Newton (given his links with the Royal Society) who famously said:

“If I have seen a little further it is by standing on the shoulders of Giants.” Isaac Newton

However unlike Newton who is famous for his arrogance, all the Apollo astronauts – despite their superstar status – seemed genuinely humbled, emotional and possibly slightly bewlidered by their experience. The Apollo programme had 400,000 people and 100’s of organisations working over a 10 year period to achieve the (apparently) impossible task set by JFK in 1961, immortalised with the following phrase:

Jim Lovell was my favorite speaker of the evening mixing insight, with humour, and a whole lot of dram.a He made some rather cliched statements about the success of the project being down to strong leadership, teamwork and thinking outside the box. However I’m struck by the visionary leadership, passion and optimism that took these men to the moon in those 4 brief years from 1968 to 1972? Where are the examples of such leadership today with regards our current challenges, be they engineering, economic or environmental? We need to find that spark again. 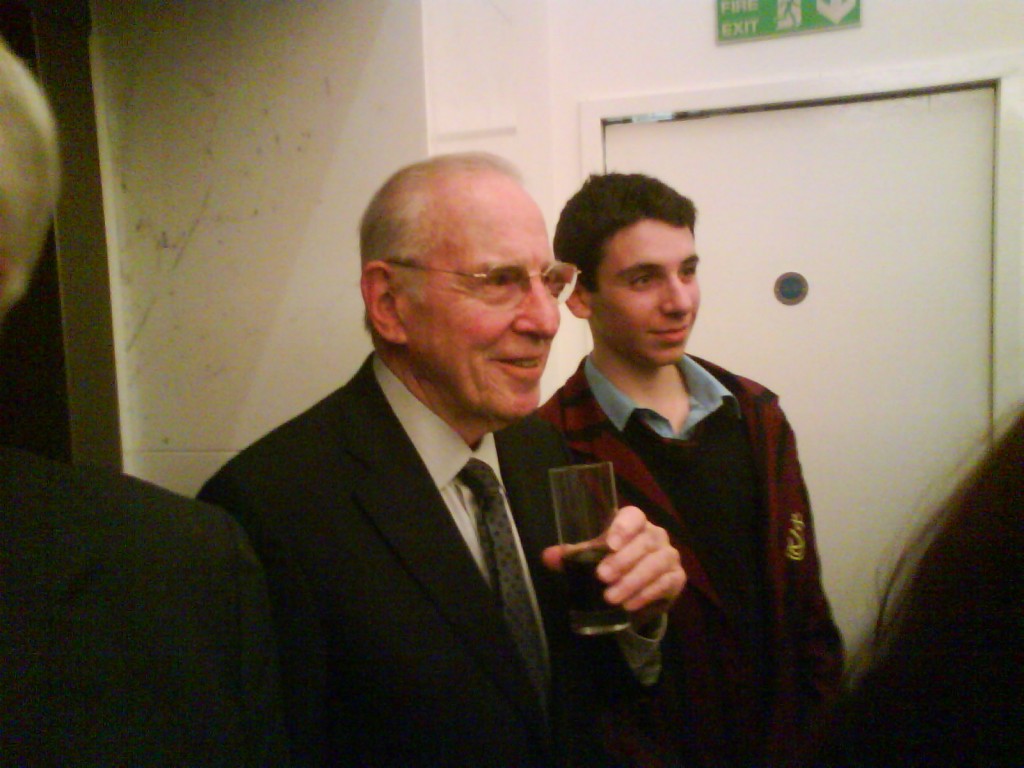 On being able to cover the entire earth with his thumb Jim Lovell remarked:

“Everything you’ve ever known is behind your thumb…shows us how insignificant we are and how fortunate we are because we live and breath…the earth is a space craft flying through space with limited resources.” Jim Lovell

I was also struck by a comment by Gene Cerna who said that 38 years ago they used an electric car on the moon. If we can achieve that, then mainstreaming the electric vehicle ought to be possible within 10 years. 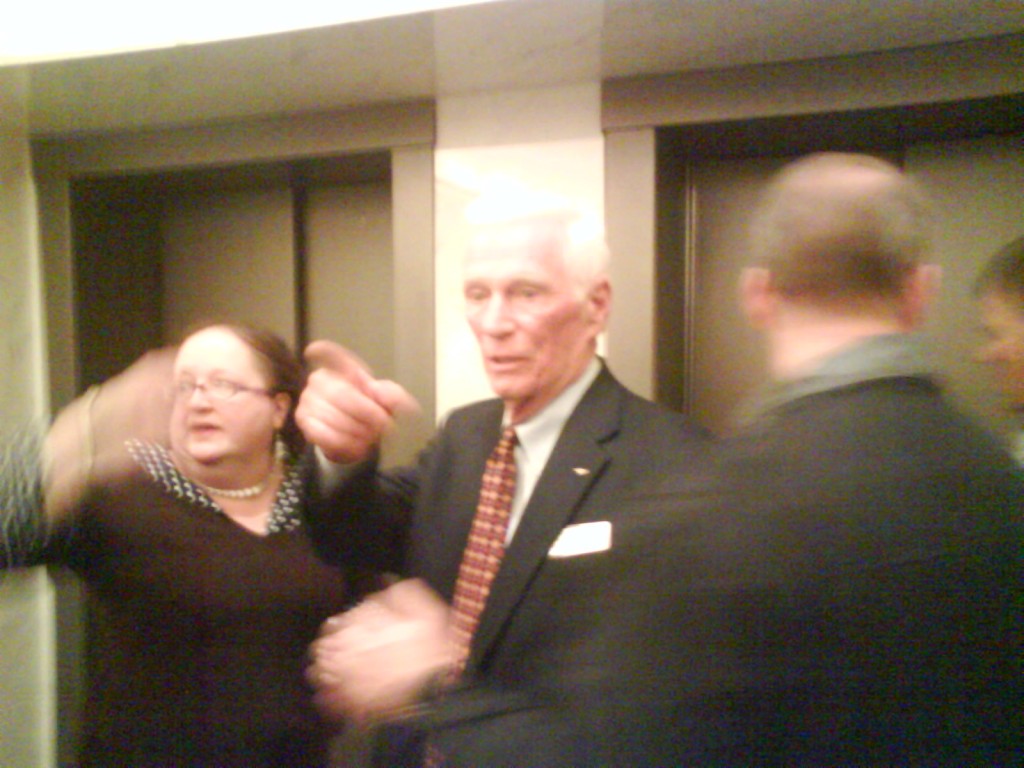 Gene Cernan, the last man to walk on the moon

Anyway, the whole event was boyhood dreams stuff for me as I’ve always been fascinated by space ever since I was a young boy and my grandparents and a great Uncle (who worked for Nasa) used to send me books, rockets, baseball caps all about space. In fact I recall vividly at the age of 8 watching John Cravens Newsround (a British childrens news programme from the 1980s) where he confidently said that holidays in space would be common place within a decade. I’m nearly 36 and still waiting. Damn you John Craven…