Henrietta Lacks was a poor African American woman who died of cervical cancer in 1951. In the process of her treatment, doctors removed some cancerous cells from her body, without her permission. A few days later the researchers studying her cells in the lab were surprised that they remained alive longer than most. And as the days turned into weeks, and then months, and then even years, their surprise turned into amazement and then delight.

The reason for their delight was it enabled a new wave of medical research to develop new vaccines for diseases such as polio and ultimately to spawn the multibillion bio technology industry globally. In learning about her story recently, I wondered whether Henrietta Lacks, pictured below, achieved a form of eternal life – of immortalilty – just because her cells remain alive to this day? 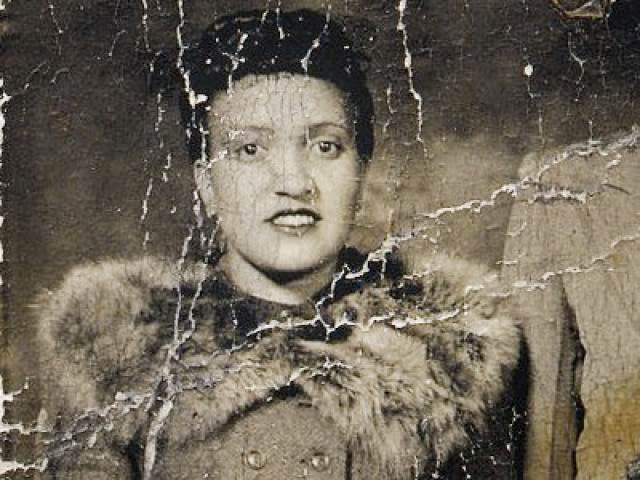 Jumping forward to 2004, I recall  attending a lecture by a Futurist called Ian Pearson at the Royal Society, where he claimed that anybody under 30 in the room had a very good chance of being immortal. I took particular notice as it was only a couple of weeks before my 30th birthday at the time and must admit was fairly horrified by the thought at the time.

When I asked a few questions he argued convincingly that what he meant was that computing power will advance so much in the next 50 years that it will overtake the processing power of the human brain to such an extent that we will be able, in some way to download our brains into a machine of some kind and therefore live for as long as our new robotic body will last. So I wonder whether connecting or downloading my brain to a machine, really counts as a form of immortality?

And now in the present day, with the advent of cheap DNA testing by the likes of companies such as 23andMe, we are seeing another huge wave of data driven healthcare innovation which is simultaneously exhillerating and somewhat terrifying (to me at least). I was sufficiently intruiged by the $99 DNA tests that  I pursuaded some of my colleagues to join me in getting theirs sequenced too.

In getting my results last week I learned, amongst other things that I am a) above average Neanderthal b) 2% Askanathi Jew and 0.5% Indonesian c) have a higher that average liklihood of getting prostate cancer d) a lower than average change of getting type 2 diabetes and finally e) am a distant relative of Susan Sarandon and Napoleon Bonapart! You can see a screen shot of some of the results below*.

In the future I wonder whether this type of service will not only help address specific health issues but also to produce a carbon copy of me (or at least of my DNA) should it be deemed necessary? Once again I’m not at all keen on the prospect but nevertheless its a fairly fascinating possibility. 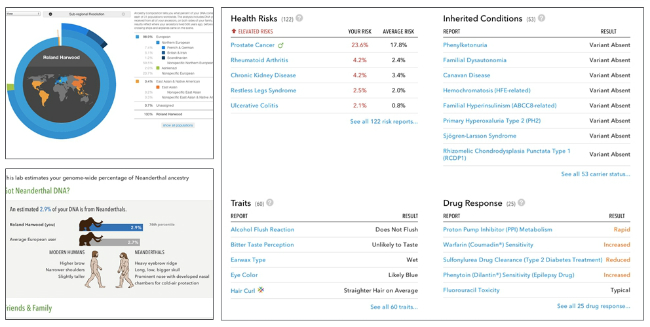 What comes next I’m not sure but if we’ve learned anything about the history of science is that we keep on exploring and ultimately discovering the next wave and wave. Immortality sounds like far too much like hard work if you ask me. But who knows what the next waves of innovation in immortality might bring. We live, finitely for now, in interesting times.