This morning I was browsing in an Airport bookshop and I noticed two business magazines had front page articles entitled the 50 most innovative companies. I didn’t look at either magazine but I can already guess who is included in the list – obviously Google and Apple and Facebook with a few other usual suspects thrown in for good measure plus a few wildcards or unknown rising stars just to make the list not too boringly predictable. 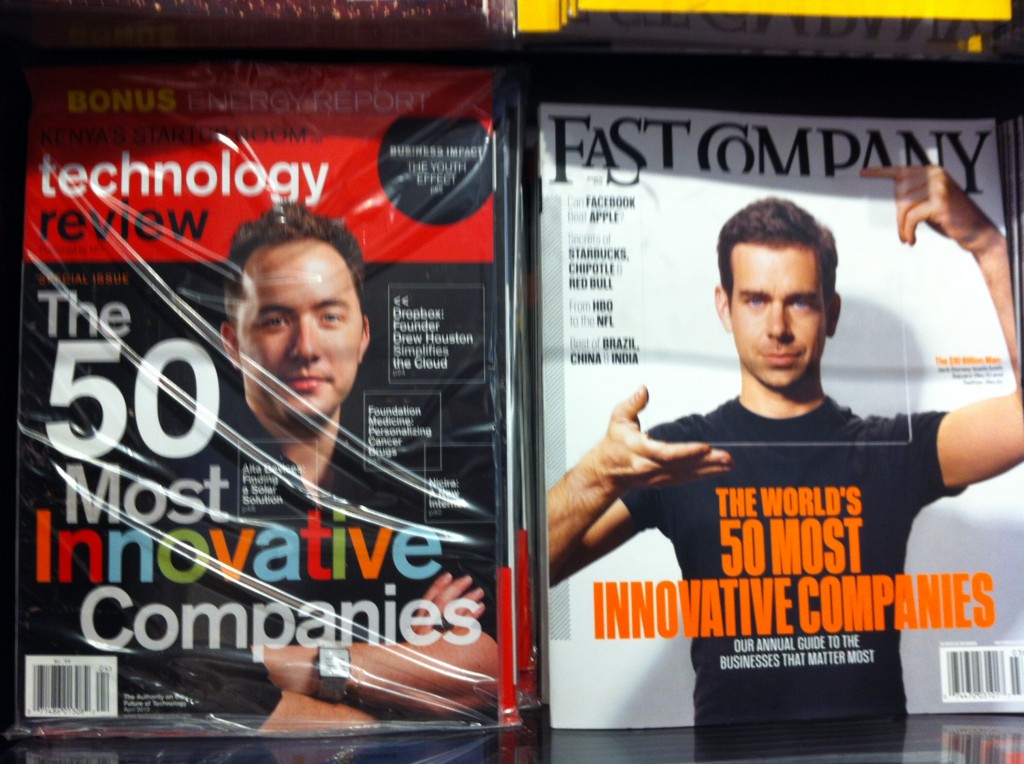 For a long time, I’ve disliked the word ‘innovation’ as it is increasingly ubiquitous and therefore has become totally meaningless. And it was only last December that I plucked up the courage to say it in a public forum (at a gathering of innovation professionals) and was surprised how many other people came up to me afterwards and agreed vociferously. Ever since I’ve found it quite liberating and say it as often as possible, and was further spurred on when speaking with the CTO of a major global company last week who made exactly the same point.

“When people use the word innovation it’s probably a sign that there isn’t a lot of it about.” Russell Davies

The reason I don’t like the word is not because I don’t think innovation is important, but rather it means different things to different people/organisations and more importantly it forces people to focus on the wrong thing. Innovation is a process and a culture not an end state. By focusing on innovation as the output of a piece of work you are more than likely to fail. Rather innovation is a by-product of productive and engaged networks as Verna Allee so insightfully puts it.

I sometimes jokingly say that innovation is an affliction not a career choice. Nobody grows up wanting a career in innovation but it seems to be the final destination – just before full-blown entrepreneurship – for the insatiably curious, optimistic and possibly unreasonable. It’s a glorious personality defect that should be nurtured, not manufactured.

So has “innovation” ‘jumped the shark’? Is it time we need a new word to hang our hats to? If so, what should it be? In any case I’m not sure that would help much, but in the meantime I would like to see a more nuanced and a more human approach to innovation emerge. Else, we will just talk past each other in platitudes and we’ll all be none the wiser.

Thanks for reading my rant. Roland