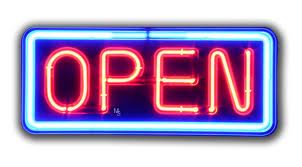 With the likes of the recent WikiLeaks affair, I think that all organisations and institutions are being forced to rethink their approach to openness and transparency. Everyone still tends to share information on a ‘need to know’ basis – i.e. their default position is to be closed. However I think in 2011 we will start to see a 180 degree shift towards a ‘default to open’ position, where information is restricted on a ‘need not to know basis’. explain And those who embrace this shift willingly, will find it much easier and reap the benefits.

Increasingly I believe there needs to be a clearly defined case for why you don’t open up. Some organisations have proactively chosen to and reaped the benefits. For example the Mozilla Foundation, makers of the wonderful Firefox Browser which has just been confirmed as the most popular browser in Europe, webcast all of their board meetings and delegate significant chunks of decision making and product development (and other business issues) to their developer and customer communities. A less extreme but no less important example is Procter and Gamble’s target for 50% of all new product and service ideas to come from outside the organisation. Smart organisations default to open.

However most organisations will presumably be less proactive than Mozilla and P&G and learn the hard way. For instance I’ve been fascinated by the WikiLeaks affair – about which I must admit I am personally somewhat ambivalent and don’t want to reignite that particular discussion on this post – and yet am convinced it represents a stepping stone towards a world where openness is assumed as the norm and secrets are the exception, not the rule. This is because information now has become so much more fluid and global and keeping secrets is so much more difficult.

Lots of people have already made the transition in recent years to being much more radically open about their lives through social media, and we all have found a line beyond which we won’t cross. For me that tends to be talking too much about family/children or specifics which might embarrass others however I find myself sharing a lot more on twitter than I think I ever would have thought a decade ago. For me this is primarily for purposes of relationship building, sometimes professional and sometimes personal. In other words if people don’t know who I am and what makes me tick, why would they ever trust me to do anything with them? And after all it’s your reputation as an individual or organisation which is the only currency that really matters in such a wired world. Trust is earned over time but can be eroded instantly. And yet most organisations haven’t found the equivalent line. In fact most haven’t even recognised they need to draw one. The default now is if you haven’t got an online self then you are less trustworthy.

Naturally, representing a company called 100%Open, we stand firmly on one side of the debate, and yet opening up isn’t without its pitfalls. As an optimist I believe that this shift towards more openness will be, on balance, a good thing and force more responsible behaviours of institutions (and individuals too by the way). That’s not to say there won’t be huge difficulties to overcome and fundamentally I think this represents a long overdue shift in the way our society and economy functions.  In other words businesses and institutions needs to rewired to be more open in culture and structure in order to amplify their position and potential of a networked world