Is crowdsourcing on the verge of a tipping point? In future years those brands that don’t open up their needs to the crowd are more likely to be viewed with mistrust. 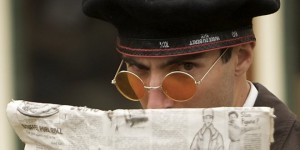 There are always two schools of thought on opening up. Some social media experts warn you against posting those ineradicable photos of a night out on Facebook or that opinionated outburst on LinkedIn or Twitter. ‘What if a potential employer were to see those?’ they ask. ‘You will never be able to take those down.’ Anyone who has tried removing a Facebook account would concede this point, but maybe miss a bigger one. How do we view people who are secretive? The hermit and the recluse has always been a figure of mistrust. Tight control of corporate information flow is the prerogative of oppressive regimes and powerful multi-nationals or image-obsessed stars.

So imagine a future where the absence of a credible online persona is seen as distinctly odd. Prospective employers might ask ‘what has he/she got to hide?’ Potential friends will cry ‘fake!’

It’s in this context that the future of crowdsoucing and open innovation should be viewed. One of the blockers of course is that companies don’t like to let go of their intellectual property, but even this is in the throes of changing.

It is becoming apparent that crowdsourcing has an unintended consequence over and above the flood of new ideas that is released: Enhanced customer engagement. Consumers like being listened to by brands and they like the chance to make things better or make better things. I’ve witnessed people switching mobile phone companies and electricity suppliers following a crowdsourcing initiative and telling their friends too.

In open innovation the game is increasingly to become the ‘partner of choice’ for your sector. If you’re in pharma, automotive or high tech you want the brightest minds to offer you their ideas first. Those that nurture their reputation for openness will reap the rewards. When crowdsourcing becomes the new normal, as it will surely do soon due to economics, connectedness and enthusiasm, woe betide companies and brands that keep their doors shut.