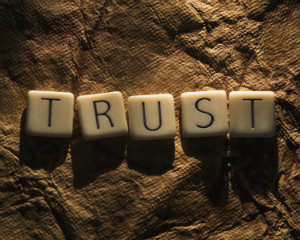 We’ve been asked to sign quite a few Non Disclosure Agreements (NDAs) recently with various organisations, which is somewhat ironic for a company called 100%Open, but it’s par for the course in the innovation business I guess. And it got me thinking whether being asked to sign an NDA was actually a sign of trust rather than distrust.

On the one hand, I think of NDA’s as a necessary and beaurecratic evil. As a friend of mine recently told me – who happens to be going through a divorce and is looking for a fair settlement for both sides – the law is not designed to be terribly collaborative, rather it is designed for there to be clear winners and losers. For that reason I am normally an advocate for keeping the lawyers out of the room until the point where there is actually something to argue about given the old adage “It’s better to own 50% of something than 100% of nothing”. And so in that context, waving an NDA about before you’ve even had a conversation or done anything seems premature and overly cautious.

On the other hand, and the cause of our recent flurry of NDA signing, has arisen from a series of conversations where people clearly seem to like what we are saying and are trusting us enough to want to start sharing confidential information and therefore it’s actually feels like a rather nice legitamisation of the seriousness with which they take you as a potential collaboration partner.

So I’m changing my view of the role NDA’s play in open innovation and actually think that, in certain cases, it is actually a sign that you’ve reached a certain trust threshold which can only be a good thing. However, I haven’t fully made up my mind and as ever would appreciate any other opinions as ever.