It never ceases to amaze me how the mere fact that we add +1 to the year, triggers a huge amount of reflection. Are we really one year closer to a brighter future, or else one step closer to some kind of dystopian nightmare?

Faced with those two options, I remain, on balance, cautiously optimistic about the future if we keep on adding +1 to our collective abilities to get stuff done i.e. to work together with others to learn and do more and make the world better. 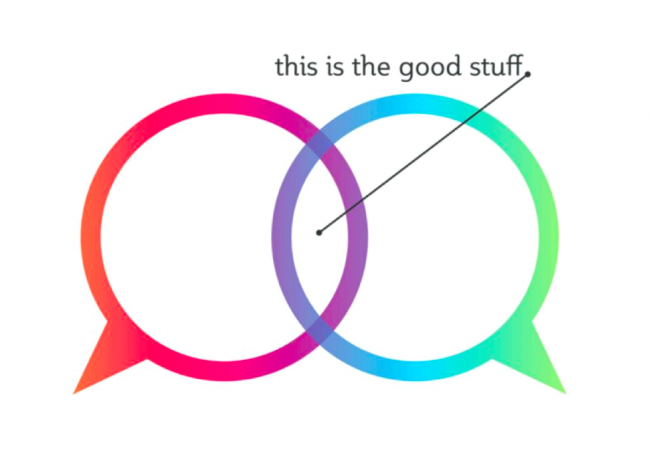 So reflecting on 2015, it has been an epic year for 100%Open. The start of the year was pretty difficult for various reasons, mostly outside of our control (as I wrote about at the time – see here). It’s taken time to recover from those challenges and I’m very pleased that we have done so, though it hasn’t been easy, and we’ve learned a huge amount in the process.

A pivotal moment for me in the Summer was when, for the first time, one of our team decided to leave the company and take a job with another larger agency. I was sad to loose her but at the same time very happy for her that her time with us had helped her grow in confidence and develop new skills to secure this new role. When we had lunch on her last day, we had a very open and honest conversation about her three years with us, where she shared insights which you seldom hear from people when they are not on their way out of the door. Once we had ‘debriefed’ on all of the members of the team, I also asked her “what advice do you have for me?”. What she said to me then really stuck in my mind, namely:

Now I strongly feel that leadership is a deeply misunderstood concept (see here for example) and I certainly don’t subscribe to the macho image of the heroic leader. Anything and everything that we’ve achieved at 100%Open has been a gargantuan team effort every time, without exception. And personally I’m much happier to be a member of a high performing team. However I knew that her advice was born of an observation about my own, sometimes avoidant behaviour, namely that I sometimes tend to immerse myself in work especially when the going get’s tough, rather than work with others to figure stuff out or to confront the specific issue at hand.

It was around that time as the above conversation that we had been invited to bid for two major projects. Firstly a significant contract with the UK Government and also for the UBS Future of Finance Challenge. In both cases we suspected that much larger companies would be more likely to win the contract. However, reading the request for proposals we were confident that we had all of the right ingredients to do a great job. All we really needed was to articulate and convey that confidence convincingly.

I’m delighted to say that we were able to do so and secure both contracts, and both projects have been fantastic and transformative in many ways. That’s not to say they weren’t both tough at times and there are definitely things I would do differently if we were to do it all again. Having said that they were both amazing and delivered to an extremely high standard, due to a fantastic core team at our clients but also due to a hugely experienced and extended team of 35+ people as part of the 100%Open team and wider delivery network. It really highlighted for me what can be achieved if we work well together.

In both cases not only were we trying to help two very large organisations to innovate, we were also trying to shift their cultures to be much more collaborative, outward focussed, and agile, and doing all of this very publicly. And in both cases our client was, at times, struggling somewhat with our desire to co-create each stage of the process with them. They were more used to agencies ‘leading’ i.e. doing it all for them. However we collectively realised that you can never entirely outsource your relationship with others nor your desire to make your own culture more collaborative. As an external partner we can help significantly with aspects of both but it is genuinely was in the best interests of the projects to achieve the change they wanted and needed.

These two projects have helped us to rebalance the business and to grow in confidence again. And in both cases I think we had to be ruthlessly honest and responsive in considering what is the right thing to do in this moment? Asking ourselves this question continuously and acting on our instincts. We’ve learned that you may not always get it right but you’ll learn to listen to your instincts and hone them, and others will appreciate your decisiveness and presence.

“Ideas need to be clear to spread. Complex ideas are almost always a sign of muddled thinking or a made up problem.”

And above all else, we’ve learned that ambiguity and uncertainty are ever-present friends to be embraced, not shy away from. By keeping calm, keeping things simple and getting out of the way to allow for the creative contribution of others, we have travelled much further and faster than we ever could have done alone. This is a new type of creative and collaborative co-leadership which is so much more powerful and necessary in a complex and ever-changing world.

And so I’m now excited about the prospects for 2016 and more than ever believe that we have the creative capacities and networks of influence to tackle any problem, no matter how big or small. So happy new year, and we wish you well with whatever you are trying to achieve. And if you feel you might need a +1 to think and play with, then please do drop us a line.